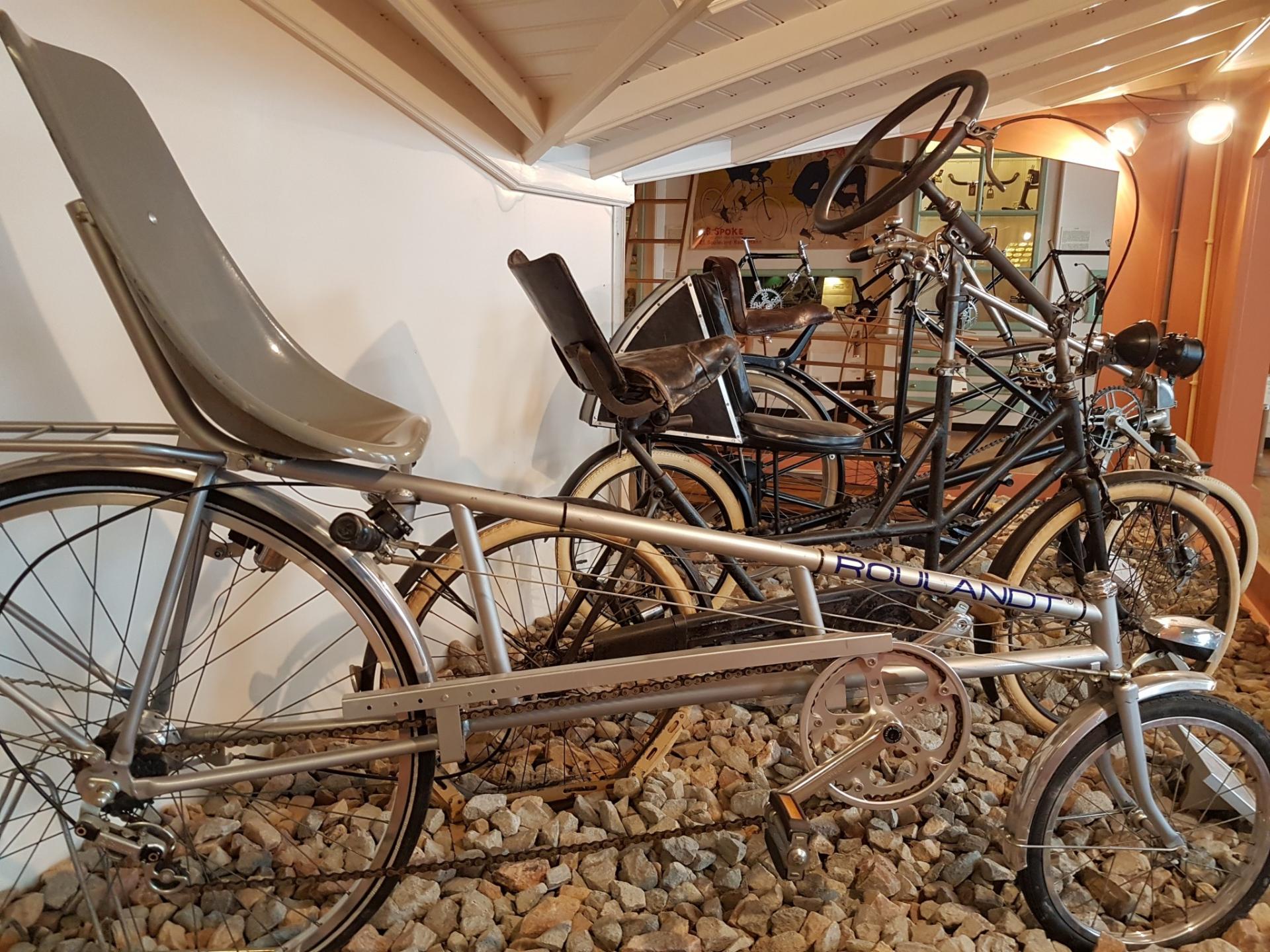 Roulandt recumbent bicycle, from the Netherlands, 1984

The first recumbent bikes are developed as early as at the beginning of the 20th century, but it is not until the 80s that its popularity in our country increases after some adjustments have been made by industrial designer Roulandt and others. A recumbent bike is the fastest way of transport by bike. Because of its aerodynamic shape, the air resistance of the bicycle has been reduced, which makes it more efficient and faster than a normal bike. The current speed record is 91.6 kilometres per hour!