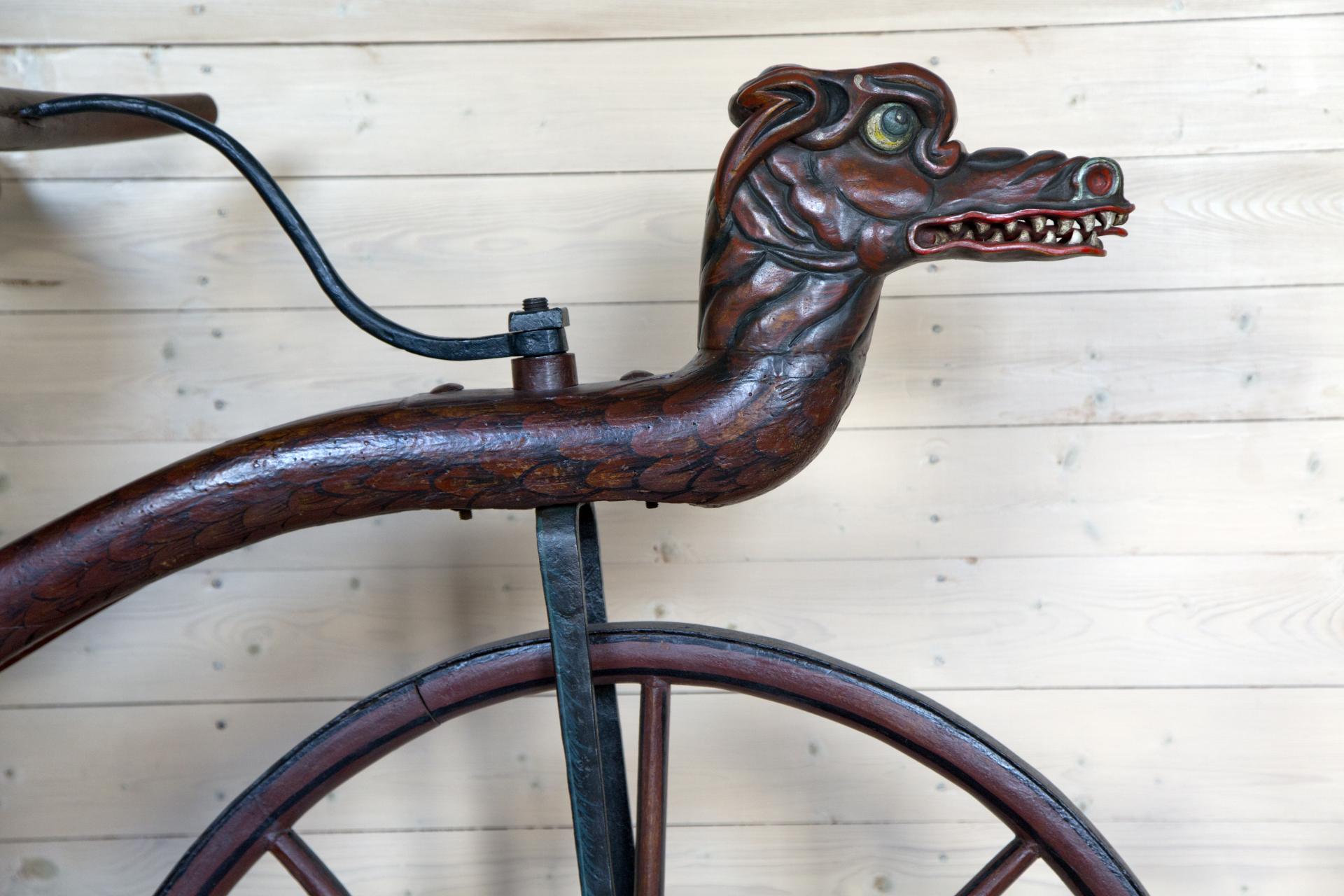 The walking bike as a toy for the nobility.

The first bicycles are far too expensive for the man in the street. They are also very uncomfortable on unpaved roads and weigh more than 20 kilos. As a result, it becomes a toy for the nobility and is mainly used by barons and princes, to which it owes its nickname Dandy Horse. It becomes fashionable to replace the horse’s heads with fantasy creatures. The design of this bike has already been given more attention: the frame is curved and has been equipped with a support for the rider to lean on with his chest and belly.