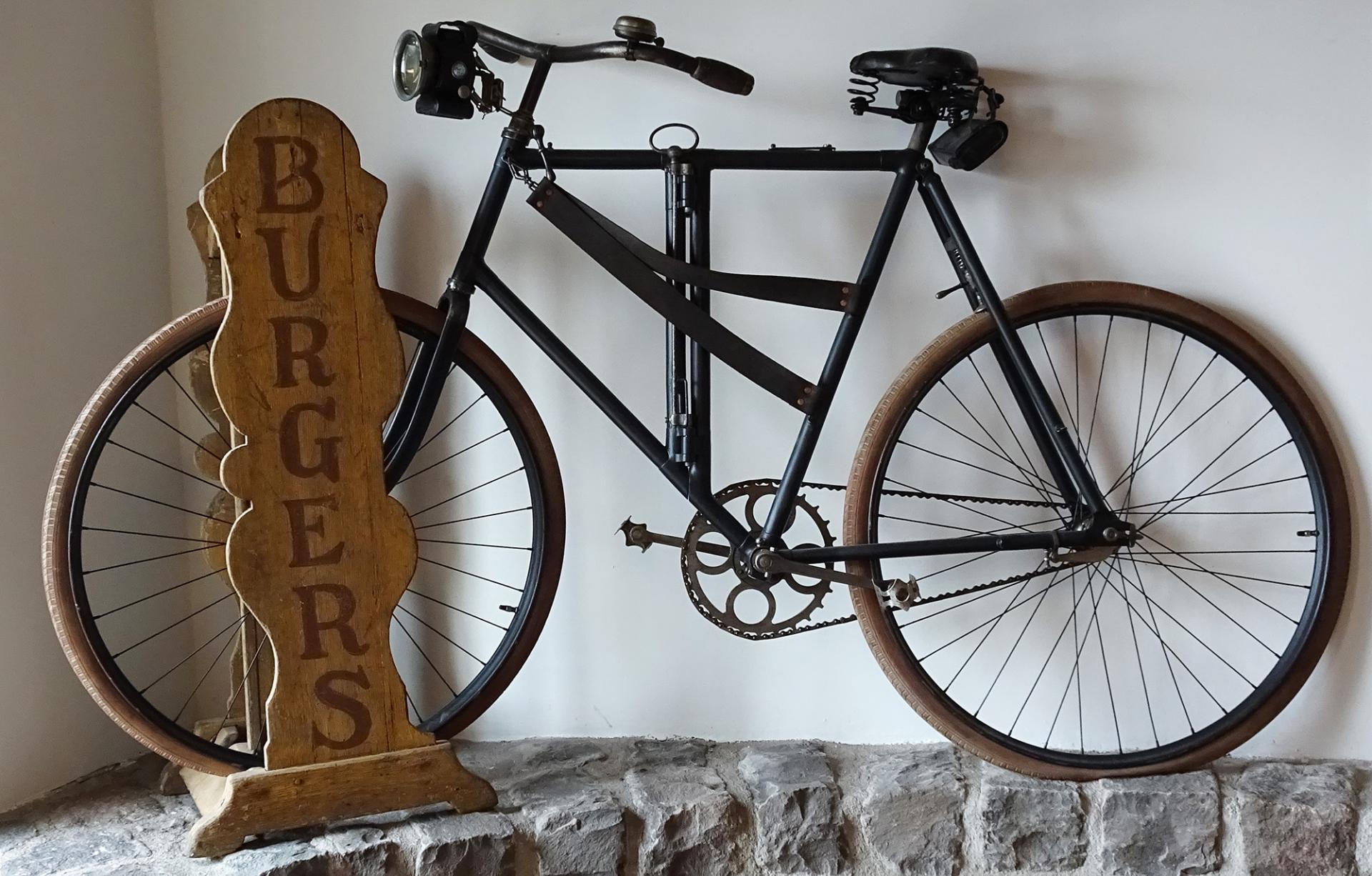 Back to Whippet spring frame bicycle, from England, 1888
43

Burgers folding bike, from the Netherlands, 1898

The 'foldable bike' in the army.

Before folding bikes gained popularity with the general public, they had extensively been tested in the army. The first Dutch folding bikes are built by the manufacturer Burgers. They were designed by lieutenant Van Wagtendonk to replace the horses used by the armed forces of the Dutch army. Though not useable for combat operations, bicycles proved to be very suitable for fast and silent moves and courier services, where a foldable bike can be carried when crossing obstacles and areas that are inaccessible to cyclists.