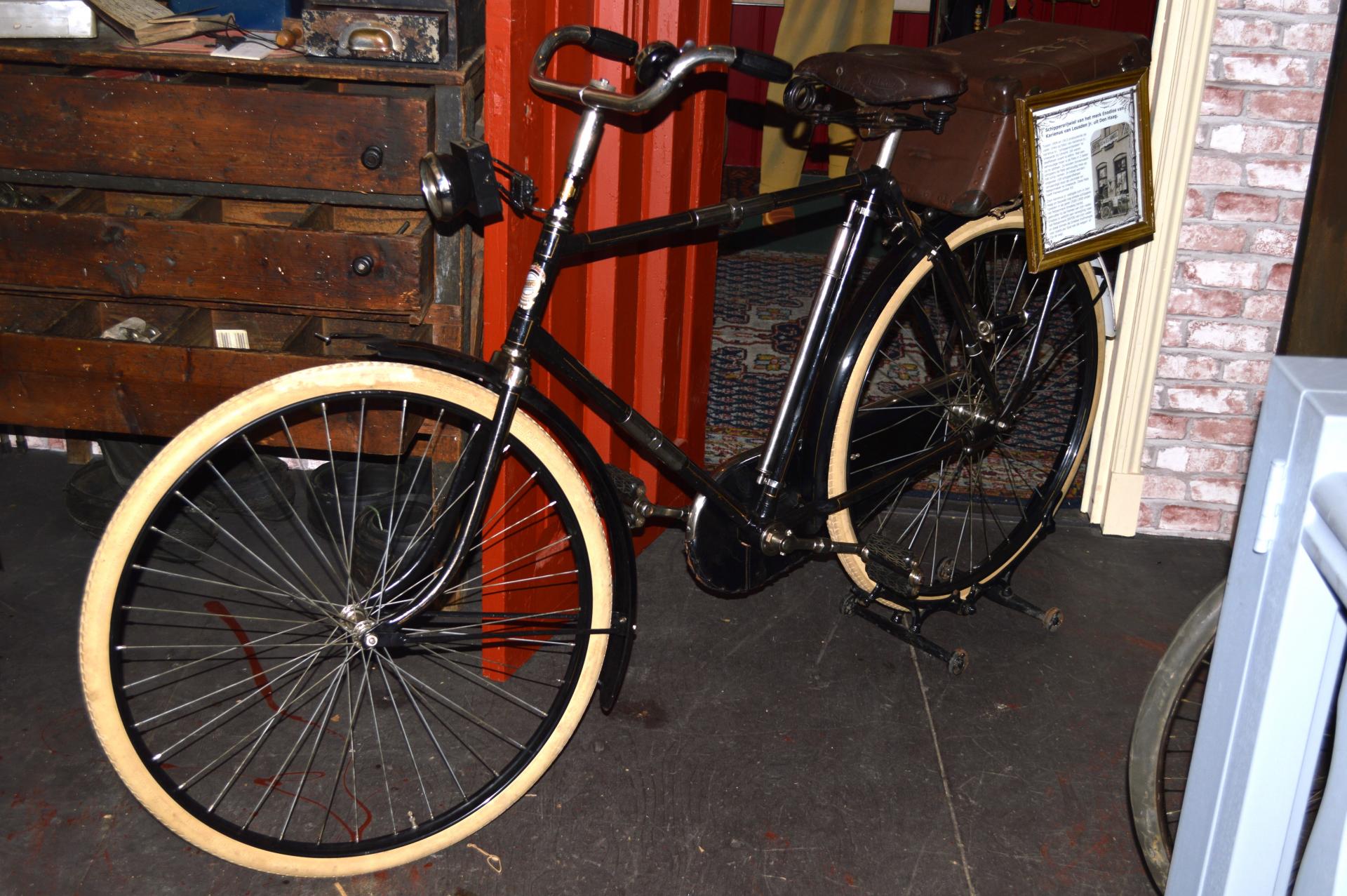 Back to Whippet spring frame bicycle, from England, 1888
37

This bike, made by Karienus van Leusden Jr., is a so-called take-away bike. Takeaway bikes are bikes that can be easily transported in a car, train or, in this case, a barge. Because you can dismantle this bike almost completely, we call it a transport bike. On an inland ship there is often even less space available than in the boot. So by dividing the bike into smaller parts, it can be placed anywhere. Other examples of transport bicycles are the better known folding bicycles. 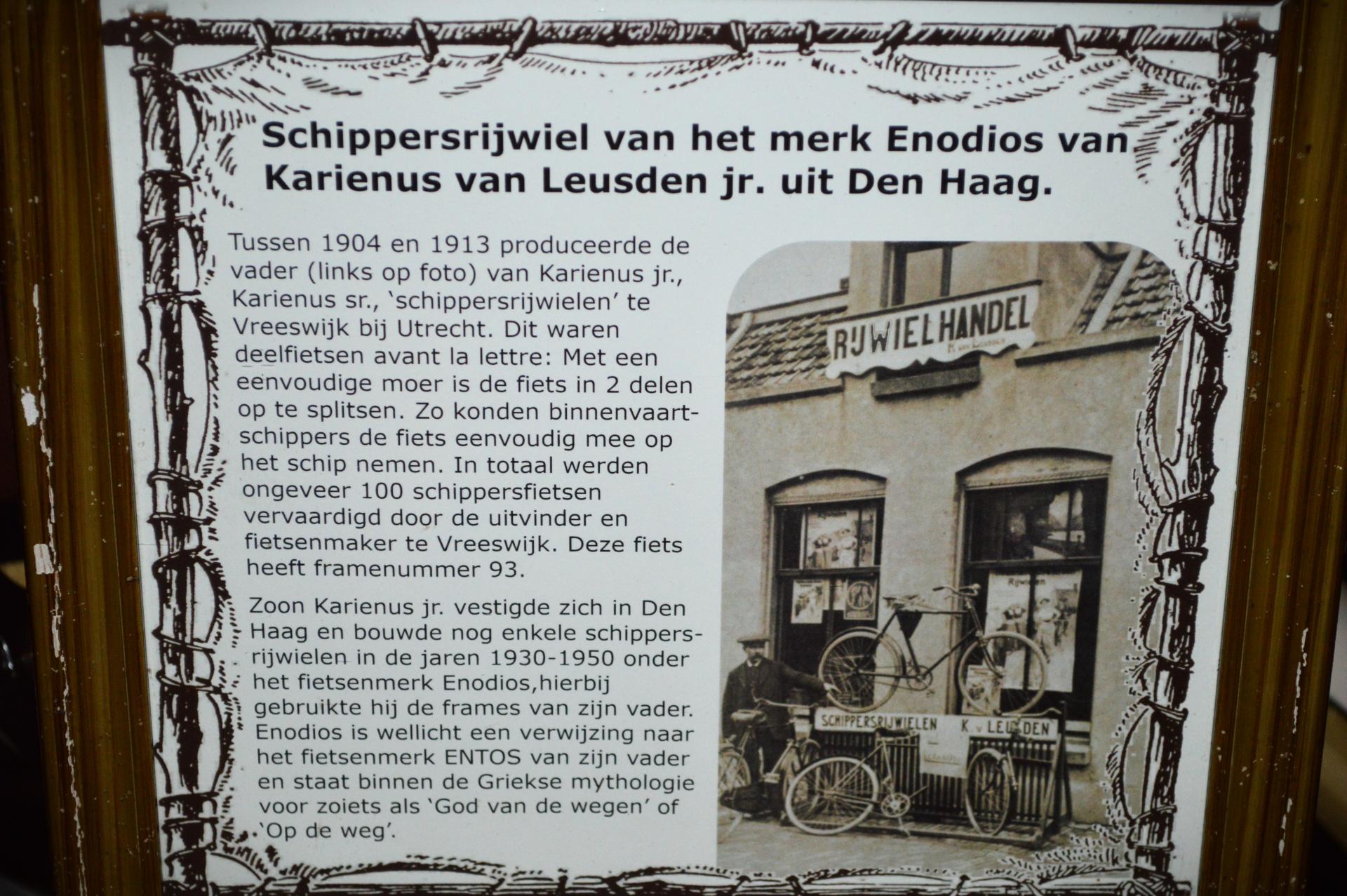